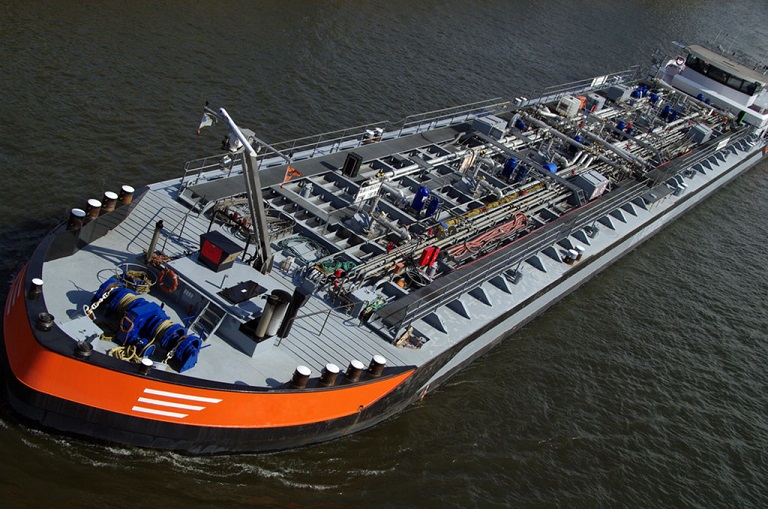 Testing of vapour processing installations began in Vlissingen, North Sea Port on Thursday 28 May. The aim is to enable inland tankers to process residual vapours safely and in a controlled manner with a newly developed installation. The initial tests were successful, North Sea Port says in a press release.

The industry has already achieved a significant reduction in emissions in recent years by introducing ’dedicated and compatible’ sailing, eliminating the need for degassing. However, this is not in itself sufficient to avoid degassing completely. In 2020, the prohibitions will therefore be gradually extended to a national ban that will reduce emissions of these harmful substances by 98%.

Degassing a vessel while sailing along inland waterways is bad for air quality, for the health of local residents and for people who work with these substances. Since 2015, the provinces of Zeeland, Noord-Brabant, Zuid-Holland, Utrecht, Noord-Holland, Gelderland and Flevoland have already introduced bans on the degassing of benzene and substances containing benzene.

The aim of the tests is to achieve cleaner air along the waterways with the help of innovative technologies. The tests at North Sea Port went well. The functioning of the equipment was monitored throughout the testing procedure.

These tests are the first of a series with different types of installations being rolled out in the ports of North Sea Port, Rotterdam and Amsterdam. The measurements are being conducted by an independent agency that will determine which installations meet the strictest requirements and where improvements are still needed. The results of the trials will be evaluated by the ‘degassing while sailing taskforce’, which will then advise the responsible Dutch minister on the further construction of the infrastructure.

The test in Zeeland is being supported by Shell Chemicals Europe. The site in Vlissingen has been provided by North Sea Port as part of its aim of achieving a more sustainable port. The province of Zeeland supports the project. Zeeland also currently holds the chairmanship of the national ‘degassing while sailing taskforce’. GreenPoint Maritime Services is supplying the vapour processing installation being used in the tests.

The Dutch Minister of Infrastructure and Water Management, Cora van Nieuwenhuizen, set up a ‘degassing while sailing taskforce’ in 2018 in order to ensure the smooth implementation of the national ban. From this year, the task force has been chaired by Dick van der Velde, a member of the Zeeland provincial executive. The task force includes representatives of central government, the provinces, ports, shippers, hauliers, storage companies and vapour processing firms. In order to facilitate the introduction of the national ban, it is important to build up an infrastructure consisting of innovative installations capable of processing or reusing the vapour cargo residues.