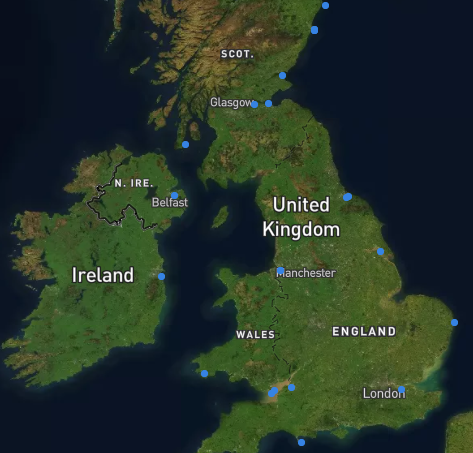 The UK government has decided to temporarily suspend competition rules for the country’s downstream oil sector in an attempt to alleviate supply-chain issues at fuel service stations.

The measure — known as the Downstream Oil Protocol — will exempt the industry from competition legislation so information can be shared and fuel supply optimised. “While there has always been and continues to be plenty of fuel at refineries and terminals, we are aware that there have been some issues with supply chains,” business secretary Kwasi Kwarteng said. “This is why we will enact the Downstream Oil Protocol to ensure industry can share vital information and work together more effectively to ensure disruption is minimised.”

The government has implemented the long-standing contingency plans after a sustained period of panic buying by motorists over the past few days forced many UK fuel service stations to close, with others running short of at least one grade of gasoline or diesel. The rush on service stations began late last week when it emerged that a shortage of qualified heavy goods vehicle (HGV) drivers had disrupted fuel supply to some forecourts. BP, which operates the largest number of filling stations in the UK, said at the time that 50-100 of its more than 1,200-strong network were running out of at least one grade of fuel and that a handful had been forced to close temporarily.

The supply chain problems have since been exacerbated by unusually high demand from motorists concerned about a looming fuel shortage, with long queues forming at service stations over the weekend. The exact number of filling stations affected is unclear. ExxonMobil and Shell, which operate the second- and third-largest number of fuel service stations in the UK, both declined to say how many of their forecourts had run out of fuel. But ExxonMobil stressed that fuel supply to its distribution terminals is normal and urged drivers to stick to their usual buying patterns, and Shell said it is working hard to ensure supplies for motorists. “Since Friday [24 September] we have been seeing higher-than-normal demand across our network which is resulting in some sites running low on some grades. We are replenishing these quickly, usually within 24 hours,” Shell said.

The Petrol Retailers Association (PRA) — representing independent fuel retailers, which now account for 65pc of the UK’s more than 8,000 forecourts — said it is impossible to ascertain how many of its members’ service stations have been affected. But it said its chairman, Brian Madderson, has spoken to a number of members who between them run around 200 sites and they reported 50-90pc are dry.

The PRA said it does not know how long the disruption will last. “However, our assessment is that if most vehicles are now full, this gives some respite to replenish the tanks,” executive director Gordon Balmer told Argus.

The UK Petroleum Industry Association (UKPIA) — a trade body representing refiners, renewable fuel producers, terminal operators and filling stations — has reassured the public that there are no reported issues with the production, storage or import of fuels.

Supply chain delays caused by the shortage of HGV drivers are not unique to the UK’s downstream oil sector. They are being seen across the country’s economy, notably in the food industry. Freight industry group Logistics UK estimates that the country needs around 90,000 more HGV drivers. The UK’s Road Haulage Association published a report on the shortage in July, in which it identified Brexit, Covid-19, an ageing workforce, tax changes and unsatisfactory pay as being among the key factors.

The government announced a package of measures to tackle the shortage on 25 September, including a plan to give temporary visas to 5,000 HGV drivers for three months in the run-up to Christmas and deploying ministry of defence examiners to increase driver testing capacity. The government acknowledged that fuel tanker drivers need additional safety qualifications, and said it will work with industry to ensure people can access these as quickly as possible.