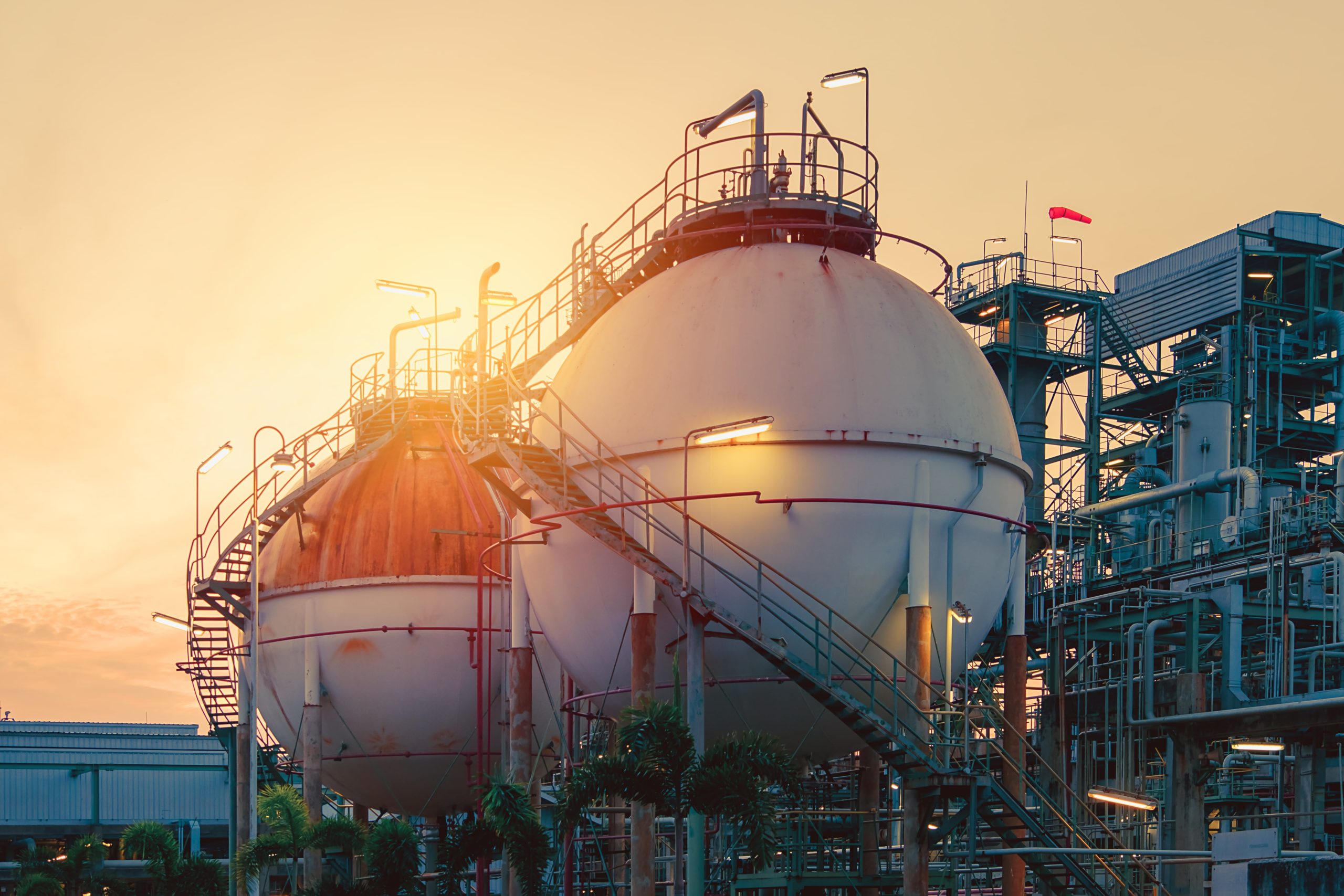 Europe’s Gas Storage Tanks Already Half Full, But Will It Be Enough?

Gazprom cuts supplies of gas as Europe races to fill its storage tanks. These crossed the halfway mark on June 7 and are now 51.12% full, as the EU seeks to replenish its supplies ahead of the coming winter. That race became even more poignant after Russia’s state-owned gas behemoth Gazprom cut supplies to Europe, claiming Siemen’s failure to return compressor units on time has forced the Russian company to reduce supplies by 60%.

Some 15.6bn cubic metres of gas were pumped into European storage facilities in May, up by 52% compared with last year’s pumping in the same period and by 11.5% compared with the previous record of May 2018.

Europe went into last year’s heating season, which starts on October 1, with the lowest levels of gas in storage in many years. Tanks were only 74% full on October 1, 2021 against the 80%-95% that was usual in previous years.

However, extra supplies of LNG from the US and Qatar combined with a relatively mild winter meant that the EU scraped through the season, which ended on March 31. European tanks were still 26.3% full on that day, well ahead of the 10%-12% that analysts feared might be left.

The distribution of gas storage in Europe is not even. The Polish gas tanks, for example, are already 96% full and a new pipeline bringing gas from Norway to Poland is due to come online at the start of October, making Poland the first European country to entirely break its dependence on Russian gas. Portugal’s tanks were also over 90% full by June, although Portugal relies heavily on LNG imports and is not an integral part of the European gas pipeline network.

The UK, Czechia and Denmark gas tanks are also just over 70% full, putting them in comfortable positions. However, many other EU countries have far less, with Sweden at the bottom of the list with only 10% and Croatia and Bulgaria both with less than 30%.

However, the key countries of German and Italy have 55.95% and 53.9% respectively and are by far the biggest consumers of gas. As Germany is home to the largest gas tanks in Europe it acts as a EU distribution hub for gas. It already has enough to meet its domestic needs in this coming winter and the excess can be distributed to other EU countries as demand requires. Between them German and Italy already account for more than 40% of all the gas in storage in Europe.

Ukraine has even bigger storage facilities and is a major source of gas during the winter, but its tanks are only 18.6% full as of June 16. Still, even at low levels the gas in storage in Ukraine is already equal to more than 10% of all gas stored in Europe.

Gazprom reported on June 14 it was reducing gas supply via Nord Stream 1 to 100mn cubic metres per day, down from a previous plan of 167 mcm per day. Russia said that the technical watchdog Rostekhnadzor had ordered a temporary halt as parts to repair some Siemens equipment were unavailable due to Western sanctions. As a result, only three gas-pumping units remain in operation, it said.

Gazprom’s “technical problems” come after it halted deliveries to some European countries after companies in Bulgaria, Denmark, Finland, the Netherlands, and Poland refused to pay for natural gas in rubles, as demanded by the Russian government.

Gas transit to Europe via Ukraine has also been caught up in the war and deliveries via Sokhranivka in Ukraine that normally account for a third of the total were taken offline in May as the war affected Ukraine’s gas transit business for the first time. The Gas Transmission System Operator of Ukraine (GTSOU) said it had taken the station offline as it was now in Russian occupied territory.

Deliveries to Europe via Ukraine slumped to 9 bcm from 14 bcm between January and April this year compared with the same period a year earlier.

Gazprom was transiting the maximum allowed volumes of about 109 mcm per day for two months after the war in Ukraine started in February, and used the reserved capacity in full until the end of March 2022.

Europe has been replenishing its storage tanks at the fastest rate in many years. At the end of winter Brussels ordered that the tanks be 90% full by the start of the heating season, just as the debate on shutting off Russian gas deliveries to Europe completely was gathering steam. That goal was later revised down to 80%, but the pace has been relentless.

The fast pace has been fed by record deliveries of LNG to Europe. The US made 15 bcm available and has diverted some of its deliveries from Asia to ensure that its allies in Europe have enough gas before the winter.

LNG supplies from terminals to Europe’s gas transport system in May hit a record high for the month, reaching 10.8 bcm, which exceeds the previous record of 10.27 bcm of May 2020. LNG reserves in EU states are 13% higher now than in 2021, and 12% higher than a five-year average.

The Grain LNG terminal in the UK, the largest in Europe and eight-largest in the world, posted record gas send-out levels in April, as high demand for gas from Europe pushed utilisation rates up, with LNG tankers arriving from eight new countries since January. The terminal saw its highest ever utilisation rate in April, sending out an average of 431 GWh per day, more than the previous high of 412.2 GWh in April 2021, reports bne IntelliNews’ sister publication Newsbase.com.

Total LNG deliveries to Europe’s gas transport system have reached around 52.45 bcm year-to-date. To compare, Gazprom exported 61 bcm of gas to non-CIS states (including China) in the same period.

And Europe’s LNG capacity will only grow. In the wake of Russia’s invasion of Ukraine, a raft of new LNG import projects have been proposed across Europe, while a number of pre-invasion projects that once were considered to have a questionable economic case are now moving forward swiftly.

The flood of gas entering Europe has also taken the pressure off prices which soared 20-fold during the worst of the European gas crisis that started last summer.

However, LNG deliveries to Europe from the US will likely slow following an explosion at the US Freeport terminal in Texas this month. Freeport LNG, one of the largest sources of US LNG exports, is due to remain shut for three weeks, and the downtime could be longer given that the extent of the damage is yet to be determined, Rystad Energy said in a note. The plant had been running at close to its capacity in recent months, helping Europe offset recent disruptions in Russian supply.

The bulk of Freeport LNG’s output had been heading to Europe before the incident – rising from 40% in March to close to 60% in May. The plant has been able to quickly divert extra supply to Europe amid soaring prices and Moscow’s invasion thanks to the fact that most of its capacity is uncontracted.

Gazprom was accused of squeezing gas supplies to Europe last year and exacerbating the gas crisis to put pressure on the EU to sign off on new long-term gas contracts the Kremlin needs to develop its vast Yamal gas deposits.

Gazprom made a point of sticking scrupulously to the terms of its supply contracts at a time when shortage and panic had sent gas spot prices through the roof.

Now some observers say that Gazprom is again using gas as a political weapon in Russia’s confrontation with the West with the goal of making sure that Europe does not have enough gas in storage before the heating season starts in October.

However, with Europe’s tanks, and especially those in Germany and Italy, half full by June it seems that Europe is on course to have enough gas ready to use in five months’ time.

Gazprom’s slowdown in delivery – and the Nord Stream 1 pipeline is due for its annual maintenance break in July – also can be seen as a threat of the Kremlin deciding to unilaterally cutting Europe off from gas as part of its clash with the West. This scenario is considered highly unlikely by analysts as although it would cause a gas crisis in Europe, the deliveries would not be restarted and the Kremlin would have to forego significant amounts of revenue it currently badly needs to finance its war.