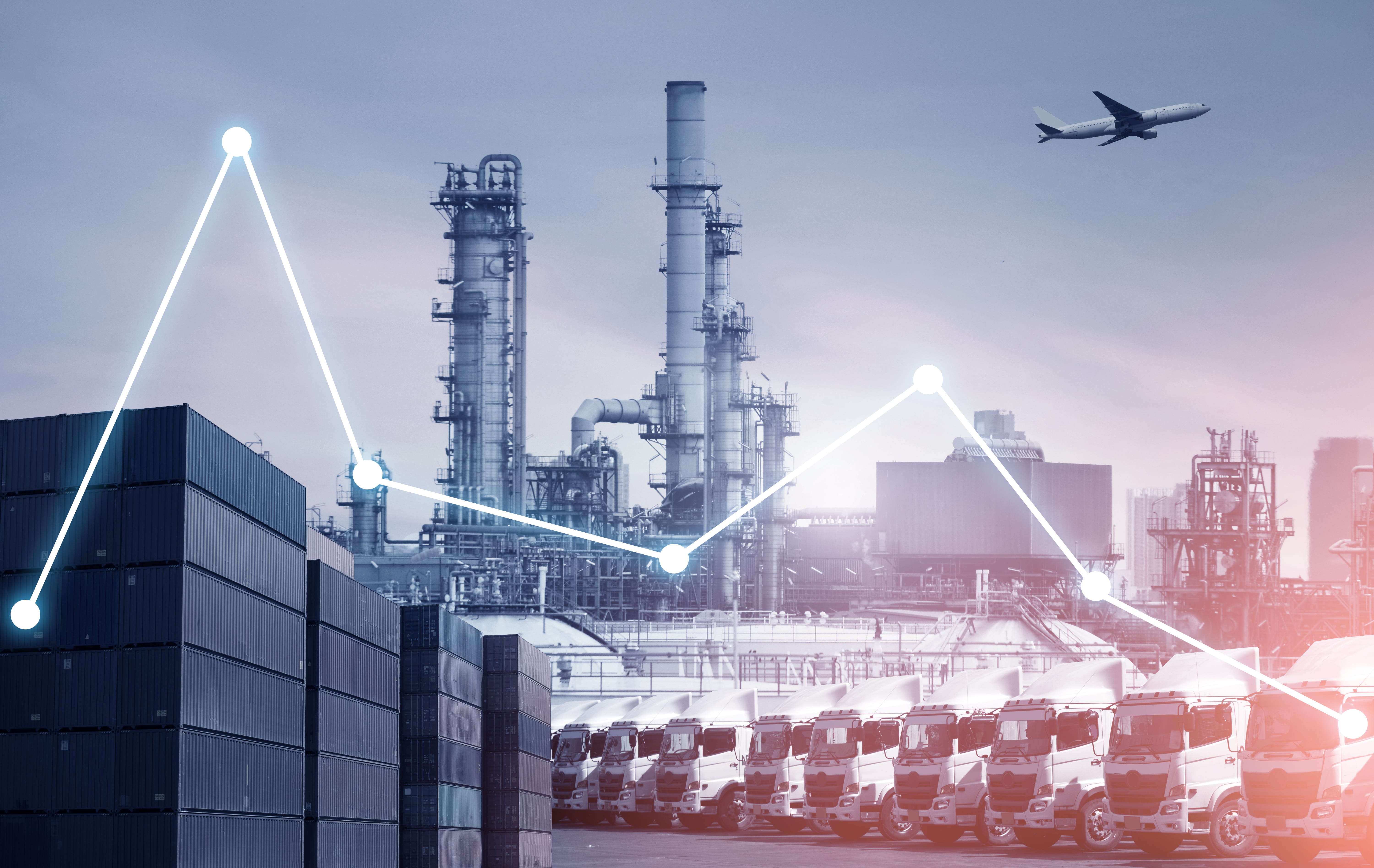 Without Russian gas, the European Union would have to reduce demand by approximately 15%, with big differences between different parts of Europe

The share of the European Union’s gas supply provided by Russia dropped from over 40% in 2021 to just 20% in June 2022. The gap of over 300 terawatt hours in the first six months of 2022 compared to 2021 has so far been filled mostly by 240 TWh of additional imports of liquified natural gas (LNG). Gazprom has broken several long-term supply contracts with its EU commercial partners, and the risk is high that Russia will cut all supplies to the EU ahead of the winter, if it deems this strategically beneficial.

Replacement of Russian gas by LNG has largely reached its limit. Lower imports from Russia can now only be met by reducing EU gas demand. Immediate deployment of a coordinated EU approach offers the best option to reduce substantially the overall gas demand-reduction cost.

For the EU as a whole, a total demand reduction over the next 10 months of about 15% compared to average demand in 2019-2021 would be required to compensate for a complete stopping of Russian pipeline imports. For EU countries (arranged into regional groupings), we calculate the required reduction as ranging from zero to -54%.

The EU internal gas market is not perfectly connected, implying that certain country groups will require much steeper demand cuts. Winter temperatures are the key variable driving uncertainty: a long, cold winter would make steeper cuts necessary. We address this by assuming an average winter, and that that storage should not fall below 20% before 1 May 2023.

Countries are relatively well connected and will face similar demand disruptions. For each group we use historic (2019-2021) demand and own production, as well as current storage levels, to assess the development of storage filling throughout the winter.

Each group’s gas imports and exports are based on the observed gas flows in in the first half of 2022. To assess the impact of a stop to Russian supplies, we calculated the implied share of Russian gas in each group’s import mix by aggregating the Russian shares in incoming flows (see here for the methodology). A complete stopping of Russian flows would reduce each intra-EU flow by each country group’s calculated dependence on Russian gas.

A limitation is that we assume markets will operate in the same manner as they did in the first half of the year. While it is likely that markets will adjust, many areas of the grid are already running at full capacity and today’s flows do offer a good indication.

Gas demand and imports are also highly seasonal, but as the first half of the year contains a mix of winter and warmer months, seasonal interference should be reasonably compensated for. We do not include explicitly in our analysis the infrastructure planned to be built in the coming six months, but discuss consequences below.

A closer look at the groups

These countries’ supplies are not vulnerable to a Russian disruption, although weak French nuclear power generation places a strain its neighbour’s power supply and hence gas demand. Cooperation might allow Algerian gas to be re-routed from Spain to Italy, putting the Spanish spare capacity to better use in a European context.

The Baltics have historically been highly dependent on Russia. The region is now heavily reliant on imports via the Klaipeda LNG terminal in Lithuania, while a new interconnection (Santaka) with Poland is important because it connects the region to the wider European market.

For now, the connection is used to supply Poland, but allows for flexibility in terms of reductions in Poland and the Baltics. A Floating Storage and Regasification Unit under construction in Estonia might provide an extra 2 TWh/month. The Baltics have so far achieved the largest demand response in Europe, while also experiencing some of the highest energy price increases. Finland’s ability to switch fuels has led to a more than halving of national gas demand.

Poland relies on eastward flows from Germany to complement imports from the big LNG terminal in Świnoujście (6 TWh/month). Polish storage at time of writing is full and reasonably large. By the end of 2022, the Baltic pipe should allow direct imports of 8 TWh/month from Norway. This cannot all be attributed to Poland as flows will potentially transit Poland into the Baltics via the new Santaka connection (1.5 TWh/month), to Germany or possibly even south to Slovakia via a new interconnector.

Denmark and Sweden form a joint balancing zone. Normally the countries would be largely self-sufficient for gas but the Danish Tyro field is under maintenance until June 2023, creating a dependence on imports from Germany, which are exposed to Russian disruptions.

Romania has substantial own production capacities. However sizeable imports come from Ukraine and Bulgaria (both based on Russian gas). There might be options for re-routing through Bulgaria other gas (LNG arriving in Turkey or Greece, or other gas transited through Turkey). However, Bulgaria serves as a key transit country into the south-east European region, being the point of entry for Turkstream. Thus if flows through the pipeline slow, many countries will look to Bulgaria for gas transit.

Czechia, Austria, Slovakia and Slovenia will depend heavily on Germany should Russian flows through Ukraine stop. A key variable will be how demand responds in southern Germany and whether sufficient gas continues to pass through into Czechia and Austria. Austrian storage is relatively large, meaning the country group has a major opportunity to prepare for the winter over the next couple of months.

Croatia and Greece’s LNG terminals are key points of entry into the market. Some Azeri gas imported through Greece might be diverted northward to feed Bulgaria. If Italian demand for Azeri gas were reduced, more might be freed up to head into Bulgaria. An expansion of the Croatian KrK terminal later in the year might bring another 0.3TWh/month capacity, which would be welcome for a terminal currently running at very high capacity.

A newly operational interconnection between Greece and Bulgaria (2.5TWh/month) also improves the situation. With Serbia signing a new deal for more Russian gas in recent days, and Hungary’s negotiated exemption from the oil embargo, it is likely that Turkstream will anyway be the last Russian pipe still operating.

Italy’s dependence on Russia comes via imports through Austria. The slowing of these flows will be felt particularly in the north of Italy, while Italy overall has quite substantial options for diversification. A key variable, not only for Italy but also for Italy’s ability to help neighbouring countries, is the ability to transmit gas from the south to the north of the country. Another particularity is the high share of gas in power generation in Italy (43%). Reducing power consumption or tapping into alternative electricity sources would thus substantially reduce gas consumption, currently standing at 22 TWh of gas in power generation per month.

For Belgium, the Zeebrugge LNG terminal will remain vital, as will imports from the UK which might be at risk in case of a cold winter in the UK. Some gas passes from France to Belgium. The Netherlands has significant own-production capacities, and good LNG import capacities. Exports to neighbouring countries drives the need for lower consumption in the Netherlands, where a large share of power generation is also gas-fired. In the first four months of 2022, Dutch gas-fired power consumption was 33% below 2021 levels (2.5 TWh/month).

Germany will rely on flows from Norway, domestic gas from the Netherlands and LNG imports via Belgium. As an important transit country, the volume of re-exported gas is a key variable. The German government has already initiated phase 2 (out of 3) of its emergency gas-rationing plan. Emergency plans are also in place to bring a new LNG terminal on line in Wilhelmshaven (8TWh/month).